So often, when we read about turning 50, much of the language is negative and more about the limitations or the many doors that have closed.

And don’t even get me started on the outdated stereotypes and social labels of middle age; beige waterfall cardigans, chunky jewellery and short hair?

I even read a piece suggesting those turning 50 ‘grieve their lost youth’. So, is it surprising that many of us face our milestone sixth decade with trepidation and a sense of impending dread?  I remember when I turned 50 being, feeling anxious and if it was the beginning of the end.

Who's telling these women that they're too old to wear, think and do what they want? Image from SoSensational.com


It doesn’t help when you read surveys like that carried out by Future You, which asked 2000 people to share their ‘signs of getting old’. Answers included suffering varying degrees of pain, not enjoying music events anymore and complaining at just about everything.

You all know my views on being told I’m too old to go clubbing or enjoy festivals after my recent article ‘Why Festivals are Fun for More Than the Young’. I simply refuse to allow some blanket ageist rules to say what I can and can’t do - and on that note, I’ve just booked my tickets to Benicassim, Spain’s 4-day musical festival (which my 18-year-old is also going to!).

It's all about a positive mindset and not about grieving (what a waste of emotion and energy), instead of celebrating and embracing this next chapter of my life with excitement, choice and action! 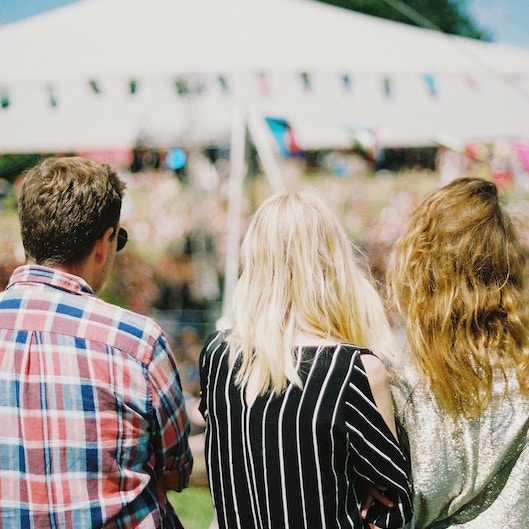 #
Festivals are fun for more than the young!

Just this week The Guardian released a piece suggesting that life not only begins at 50 but is, in fact, BETTER and we are scientifically programmed to be happier in our mid-life and beyond.
Academics discovered that our happiness is U-shaped, with life-satisfaction falling throughout our mid-20s, and hitting a trough in our late 40s (when so many of us experience the traditional ‘mid-life crisis’ and that sense of dread that accompanies turning 50).

After 50 it rises again – even into our 80s when many of us suffer bereavements and ill health really can kick in.
I do wonder if this happiness curve is more challenging for women to hit than for men – the menopause alone can upend our mental wellbeing almost entirely and we face bigger challenges from social perceptions than men.
We are statistically more likely to be made redundant, feel less confident and face ageist views but that isn’t to do with ageing.   It’s a social perception of ageing and that isn’t the same thing.
There’s an ignored group in the very bracket that I am in, and that’s middle-age (well, middle-youth as I prefer to say!!). We are buying products, have disposable income and huge influence but appear to have all the attractiveness to brands of Voldemort. 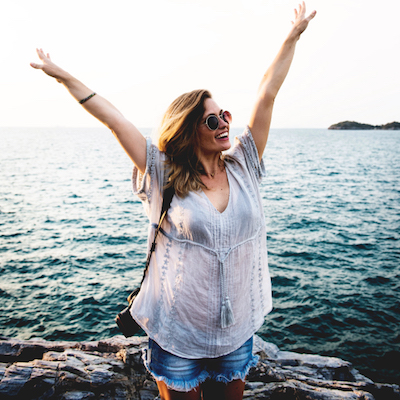 That’s why we’re coining the phrase ‘inclusive ageing’. That means going beyond valuing age, to valuing our individual right to age however we want.  It means not judging one another on our individual choices on how we age; there are no rules, no right or wrong or one way.

It also means being inclusive to those who are ageing – not assuming we’re past it; we are just as visible, valuable and attractive as our younger counterparts!   It’s what the women Patsy Kensit and I meet on our ‘pro age’ tour most want - not to feel or be made to feel invisible.

Up to 80% of you claim to feel invisible after your 50s, but we need to realise that we don’t have to. It’s a choice and it all starts with the messages we share with ourselves and with one another about being older.

It might be a bit of a cliché, but life really can begin for you if you allow it. That means never allowing anyone to put me a box – and I want you to do the same!